Unity SAML authenticator and SAML authentication from day zero suffered from a sub-optimal implementation approach, which was completely invisible in small setups, but caused severe troubles when used with large federations. In this release we made a major step forward in this area:

Unity ships the first version of the SCIM endpoint implementation. It is a read-only subset of the SCIM API with few simplifications, however already now offers endless usage possibilities by the means of a configurable schema creation and mapping. You can configure a customized presentation of your Unity directory contents and expose it with a custom SCIM schema.

Not only the simple, single valued attributes are supported, but also the multi valued and complex ones.

A small feature, but frequently requested, was to better support in what way a string-typed attribute is edited. Now it is controlled by Unity admin, who can select whether to use a default text-field or a text area. So far this decision was made automatically basing on the maxim allowed size of an attribute value.

That’s not al here: we also changed how the console attribute editor looks like. It is lightweight, makes better use of screen space and allows for focusing on the task.

It is now possible to check which version is running on your production by visiting the About page in the Admin Console: 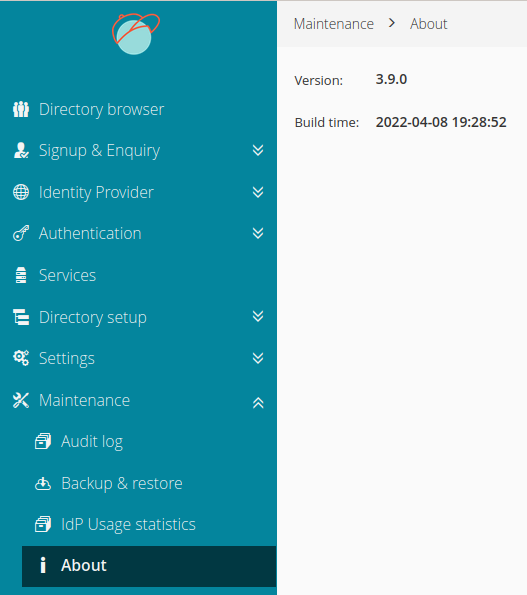 Output profile MVEL context has now access to new variables, which expose information on whether MFA was used and what authenticators were used to authenticate user’s session.

This release performs database update, so taking regular care to backup the database before update is advised.

No configuration changes are required.